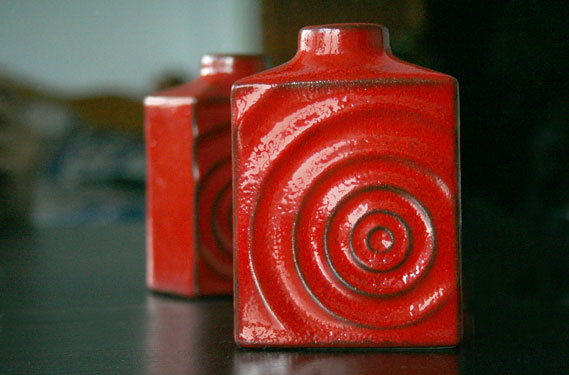 My first piece of West German Pottery (WGP) and I’m officially hooked. WGP from the 50s, 60s and 70s is now hugely popular after being dismissed as to garish and tacky for decades. Rare and unusual pieces fetch prices well in the £100s.

This little red number was designed by Carl Zalloni, who is better known as the designer and creator of Cazal Eyewear. The ‘Zyklon’ range was produced in a number of different sizes, shapes and colours, all of them sport the characteristic bulls eye.

Bargain: £2 on eBay as it was listed as ‘little red vase’